A haunted legacy: The multi-generational effects of Agent Orange 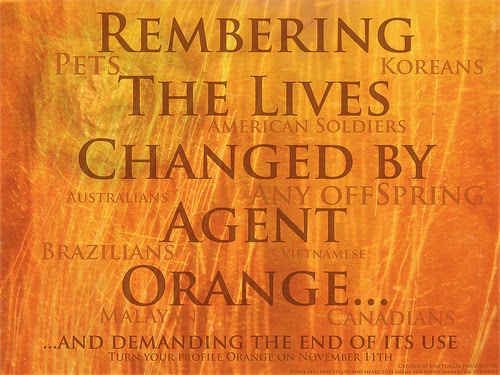 Ted Minnick has been a military man all his life. You can see it in his disciplined posture, his purposeful gait, his even gaze. What you cannot see, however, are the wounds he suffered as a result of his service — not from gunfire or shrapnel, but from exposure to a deadly, now-infamous herbicide known as Agent Orange.

Minnick served as an artillery battery commander in Vietnam and now suffers from leukemia — one of many illnesses linked to exposure to the dioxin-based chemical. But during an Oct. 25 Agent Orange Town Hall held in Asheville, he spoke not for himself but for his daughter and the many other children of veterans who illnesses might be linked to what happened to him in Vietnam. Minnick addressed a room filled with other veterans and their families: “I don’t hold any grudge against the U.S. government,” he said. “What I hold is guilt for bringing it back.”
While his illness has been covered by the VA, Minnick’s had no success getting help for his youngest daughter, Sarah, who was diagnosed with Multiple Sclerosis in 1997. “I’m scared – I’m not mad,” Sarah said. “I want the government to realize that we need centers to do research to find where these conditions come from.”
Continue to full article
http://mountainx.com/living/a-haunted-legacy-the-multi-generational-effects-of-agent-orange/
Posted by Dee Reyes at 7:21 AM