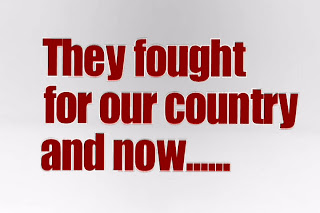 He said he was pleased, though, at Wilken's ruling that the government has an ongoing duty to notify the veterans of new information it learns about the chemicals' potential health effects. The Defense Department and VA had previously denied any such obligation.

The United States began testing chemical weapons on consenting service members at the end of World War I and expanded the practice during World War II, when more than 60,000 veterans were used as subjects. At least 4,000 of them were exposed to mustard gas and a chemical weapon called Lewisite, according to government reports quoted by Wilken.

Cold War-era testing included psychiatric drugs, such as LSD. About 7,800 soldiers were exposed to chemical and biological substances at the Army's laboratories at Edgewood Arsenal, Md., from 1955 to 1975. The Pentagon said it then stopped testing chemical weapons on live subjects.


Veterans Kept as Guinea Pigs to Get Some Relief:  http://www.veteranstoday.com/2013/07/28/veterans-kept-as-guinea-pigs-to-get-some-relief/
Posted by dee at 10:57 PM