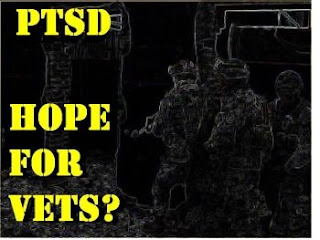 If today's veterans don't receive help, Johnson said, they risk a lifetime of emotional detachment and anger. They'll endure broken marriages, poor relationships with their children and a life that hurts more often than not.


Based on extensive interviews with troubled soldiers, military and VA leaders, and mental health advocates - along with evidence from statistical data and civilian and military studies - it is clear that there are things that must be done better if the country is going to win this fight against the "hidden wounds" of war.

1. The military must do a better job of identifying men and women who are suffering from mental health problems early, before PTSD blossoms into domestic violence, substance abuse or suicide.

2. The military must make more mental health counselors available - in the field and at home.

3. The military and VA have to eliminate their communication problems and aggressively address the bureaucratic hurdles that slow the processing of veterans claims.

4. The country cannot depend on the military and VA to carry the whole burden of addressing the mental health problems of those who went to war. States, local communities, even volunteers must step up.

5. If the country doesn't do a better job of helping service members and veterans damaged by the wars in Iraq and Afghanistan, the price will likely be exacted over decades.