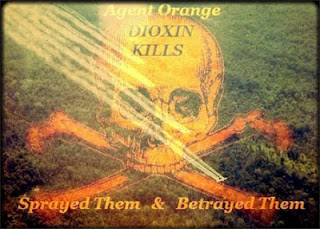 Someone from veterans services said it’s like a cancer that’s eating you alive from the inside out,” said Peter’s wife, Conni Urbanski-Brown.

Brown left Vietnam in 1970, and although he experienced some medical problems in the 1990s, his symptoms didn’t flare up until about 10 years ago. He began undergoing medical testing and three years later began receiving U.S. Department of Veterans Affairs (VA) medical care.

Type 1 diabetes, chronic pain, neuropathy and ischemic heart disease the conditions have cropped up over time, one after another, said Brown, who has also suffered multiple seizures and heart attacks. He said he often wakes up in the morning wondering what is going to happen that day.

It stuck out its ugly head, and I was like, ‘Wow, what’s happening? Brown said. “It had lain dormant for 35 years in my system.