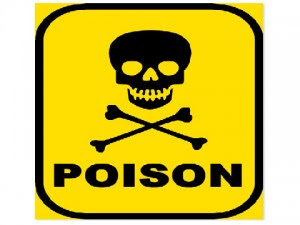 In early 2005, the National Resources Defense Council announced it had documents showing that there was an ongoing, willful attempt by certain government agencies to undermine efforts to address perchlorate pollution.

So EPA chief Lisa Jackson recently announced a plan to start regulating perchlorate. Which is nice.

But why isn’t it regulated already? To answer that, we have to look at where perchlorate comes from. What do Bourne, Rialto and Barstow have in common?

Bourne partially sits on the Massachusetts Military Installation, an EPA Superfund site that has housed aircraft operations since the 1930s and has seen all manner of chemical and fuel spills. It has also been used as an old-munitions explosion site, the Cape Cod Times reported. Rialto is home to a 160-acre area first used during World War II to store ordnance-hauling rail cars, and over the years has been used by defense contractors and fireworks manufacturers. And the Barstow contamination was first discovered by the Marine Corps at its area Logistics Base.

The Feds say 90% of perchlorate is used in a defense/aerospace capacity and is most frequently found at Air Force, Army and Navy installations. In short, the massive cost of any cleanup that would result from federal regulation of perchlorate would fall largely on the Department of Defense and its contractors.

Two members of that NAS panel, Dr. Richard Bull and Dr. Charles Capen, were shown to have conflicts of interest, both previously having done work for defense contractor behemoth Lockheed Martin, according to California Sen. Barbara Boxer.
Posted by dee at 1:17 PM