On Feb. 16, Paul Tukey of SafeLawn telephoned Dr. Huber who told him, “I believe we’ve reached the tipping point toward a potential disaster with the safety of our food supply. The abuse, or call it over use if you will, of Roundup, is having profoundly bad consequences in the soil. We’ve seen that for years. The appearance of this new pathogen may be a signal that we’ve gone too far.”

Tukey also conveyed that while Huber admits that much further study is needed to definitively confirm the link between Round-Up and the pathogen, “In the meantime, he said, it’s grossly irresponsible of the government to allow Roundup Ready alfalfa, which would bring the widespread spraying of Roundup to millions of more acres and introduce far more Roundup into the food supply.”

In his undated letter to the USDA, Huber highlighted "the escalating frequency of infertility and spontaneous abortions over the past few years in US cattle, dairy, swine, and horse operations." He reported that spontaneous abortions occurred in nearly half the cattle where high concentrations of the pathogen were found in their feed. Huber notes that the wheat "likely had been under weed management using glyphosate." 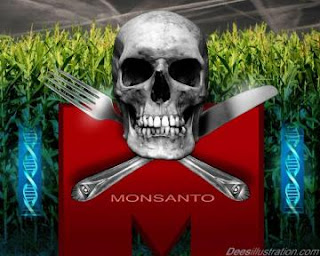