Jeff Ackerman: Whatever happens, doing the right thing is always the right choice 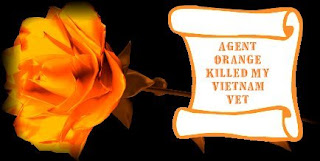 Jeff Ackerman: Whatever happens, doing the right thing is always the right choice

This article is about Dr. Evans. Dr. Evans helped a widow of a Vietnam veteran whose husband died from cancer of the tongue. Dr. Evan's letters to the VA help her to win her case. Their message is 'don't give up'.

“My assumption was that my letters had made their way to the rubbish heap,” he said. “To learn that they had actually made a difference was just incredible.”

The several-page ruling referred multiple times to Dr. Evans' letters. “Dr. Evans stated that the Veteran's oral cavity is certainly as much a part of the airway as are his larynx, trachea and lung,” the VA letter read. “He (Evans) further stated that that even though such things cannot be proven beyond a shadow of a doubt, he believed that the Veteran's cancer was the result of Agent Orange exposure.”

The ruling essentially means that Paul Orlandi's death was service related. To me, it's the same as if he had died on the battlefield.