“I can understand how worried some families may be,” Jeffrey said.

“We’re going to probably have to do a fairly large public information outreach to reach everybody we feel may have been exposed and may be experiencing symptoms.”

Documents obtained from provincial archives by the Star reveal the government and timber companies conducted extensive aerial herbicide spraying programs in Northern Ontario. Forestry records showed they were using the same chemicals that were employed to defoliate dense jungles during the Vietnam War, including the infamous Agent Orange. Exposure to this chemical cocktail has been associated with more than 50 diseases and medical conditions by the United States Department of Veterans Affairs.

In Canada, the chemicals targeted what forestry reports described as “weed trees” — including birch, maple, poplar — which competed for sunlight and soil nutrients with the more commercially viable spruce trees. 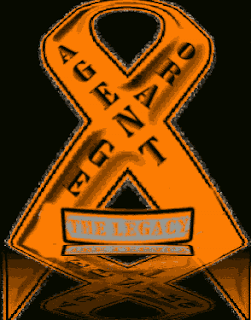 I was told just the other day by a Canadian citizen, that Agent Orange has been used to defoliate the land under power lines until just recently.