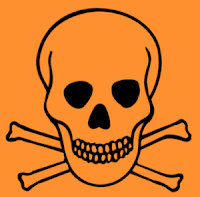 Two leading Agent Orange specialists have weighed in on the recent discovery of 22 barrels buried on former military land in Okinawa City.1 Richard Clapp, professor emeritus at Boston University School of Public Health, and Wayne Dwernychuk, the scientist previously in charge of identifying defoliant contamination in southeast Asia, likened the levels of dioxin contamination in Okinawa City to dangerous hot-spots in Vietnam where the U.S. military had stored toxic defoliants during the 1960s and ‘70s.2

Both scientists cited the risks to Okinawa residents and urged immediate clean-up of the land to limit the threat to human health. Dwernychuk also noted that the discovery of the barrels may disprove the Pentagon’s repeated denials that military defoliants were ever present on Okinawa.