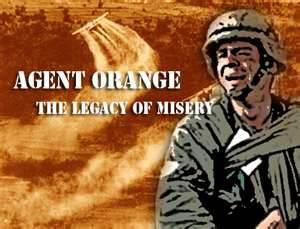 
Thanks to the Vietnam Veterans of America Chapter 77 in the City of Tonawanda, veterans began learning about ongoing health issues which are associated with exposure to Agent Orange and other harmful chemicals used in the war. At a meeting at the Chapter 77 museum on Main Street in Tonawanda, a group of Vietnam veterans gathered to talk, joke and enjoy friendship carved from their war time experience.

In 1980, Chapter 77 was born when a group of Vietnam veterans decided to help each other.
“We had to lobby in Washington to get a charter,” Greg Cain explained. “Finally by 1982 we were chartered.”
“Our chapter has 550 members, the second largest in the country and largest in the state,” Joe Pasek, a chapter member said.
“We’ve had great community support and at our fundraisers we give out orange poppies as well as information on veterans’ benefits," Pasek said. "We need to get the word out so that families who may have been affected can learn how to register with the VA and get some answers to ongoing health issues.”
Jack Michel said in 2006 at a national Vietnam Veterans convention, delegates talked about how many of their grandchildren had health problems.
“Congress refused to help the children and have them be eligible for help,” Michel commented.
A former vice president of Chapter 77, he said chapters are still being formed across the country, a number now in the thousands. The goals are five-fold: comradeship, education, benefits, health care and employment.
“We have to help take care of future generations,” Michel said.
Continue Reading
BARBARA TUCKER Niagara GazetteThe Niagara Gazette
http://niagara-gazette.com/features/x335464779/Local-veterans-group-still-fighting-against-Agent-Orange
Posted by Dee Reyes at 11:45 AM