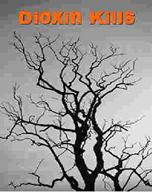 But as a member of the so-called Blue Water Navy — sailors who served aboard ships that operated off the shore of Vietnam — Fuller has received only denial letters from the Department of Veterans Affairs, which maintains that the cancer is not connected to his service in the war because his boots never touched land.

The VA says Blue Water Navy veterans aren't eligible because the herbicide was sprayed over land. Veterans and their advocates say the herbicide ran off into the South China Sea, contaminating the water that the Navy distilled for drinking and powering the ships' boilers.

All but convinced that he'll never see a penny from the disability fund, Fuller filed the letters away at his Lake in the Hills home and gave up the fight years ago. What bothers him still is the feeling that wounded veterans have been cast aside on a technicality.

"I'm not greedy," Fuller said. "It wouldn't bother me if I never got it … but I might deserve it. If it's true that we drank water that was processed that had Agent Orange in it, it's only fair that (we) get it."