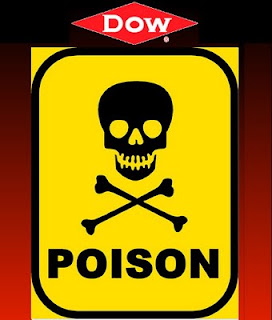 Young said Agent Orange, the defoliant used as a weapon during the Vietnam War, was shipped there under tightly controlled conditions. He said none was stored on Okinawa.

Japanese news media have reported stories by U.S. veterans of burying Agent Orange on Okinawa decades ago. Tests appeared to show the presence of dioxin but Young said the tests probably detected plastic residue from burning waste at low temperatures.

Chemical barrels recently unearthed on former U.S. military land on Okinawa most likely contained military maintenance shop and hospital waste, not Agent Orange as many feared, according to an American expert on the herbicide.


However, Japan’s Ministry of Defense said Wednesday that it still believes test results from last month showing the presence of a key Agent Orange ingredient are correct despite Young’s opinion. The ministry and Okinawa City say the tests prove a type of herbicide is present, but have stopped short of saying that it is U.S. military tactical defoliants.

"It is difficult to say anything decisive at this time. What is for certain is that the sampling tests detected 2,4,5-T"” said a spokesman for the ministry’s Okinawa Defense Bureau.

The recent discovery of 22 barrels buried on former U.S. military land in the city of Okinawa could be posing the same level of risks to local residents as dioxin hot spots in Vietnam where the American military stored toxic defoliants during the 1960s and 1970s, according to two leading Agent Orange specialists.

Richard Clapp, professor emeritus at Boston University School of Public Health, and Wayne Dwernychuk, the scientist previously in charge of identifying defoliant contamination in Southeast Asia, recently cited the risks to Okinawa residents and urged the immediate cleanup of the land to limit the threat to human health.

The Okinawa Defense Bureau detected dioxin and other harmful ingredients inside the barrels found at a soccer ground on land returned by the U.S. military in Okinawa City. The levels found exceeded the Environmental Quality Standard set by the Japanese government.

The Okinawa City Government released the results of their investigation on July 31.

They detected dioxin in fouling material at a level 8.4 times the normal standard for soil, and in the water it was 280 times the standard for groundwater. They found the key ingredient of Agent Orange in the barrels. The city government asked Nansei Environment Laboratory Co. to carry out the investigation.
Posted by dee at 9:56 PM