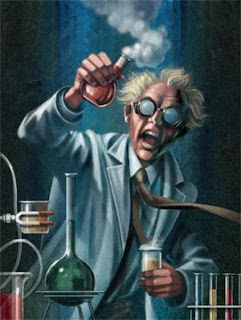 Monsanto has grown into the largest biotechnology seed company in the world with net sales of $11.8 billion, 404 facilities in 66 countries across six continents and products grown on over 282 million acres worldwide. The consumer advocacy nonprofit Food & Water Watch released its report, Monsanto: A Corporate Profile.
“There is a growing movement of people around the country who want to take on Monsanto’s undue influence over lawmakers, regulators and the food supply,” said Wenonah Hauter, executive director of Food & Water Watch and author of the book Foodopoly. “People need to know about Monsanto’s history as a heavy industrial chemical manufacturer; a reality at odds with the environmentally friendly, feed-the-world image that the company spends millions trying to convey.”
“Despite its various marketing incarnations over the years, Monsanto is a chemical company that got its start selling saccharin to Coca-Cola, then Agent Orange to the U.S. military, and, in recent years, seeds genetically engineered to contain and withstand massive amounts of Monsanto herbicides and pesticides,” said Ronnie Cummins, executive director of Organic Consumers Association. “Monsanto has become synonymous with the corporatization and industrialization of our food supply.”
“Even though you won’t find the Monsanto brand on a food or beverage container at your local grocery store, the company holds vast power over our food supply,” said Rebecca Spector, West Coast Director, Center for Food Safety. “This power is largely responsible for something else we cannot find on our grocery store shelves — labels on genetically engineered food. Not only has Monsanto’s and other agribusinesses’ efforts prevented the labeling of GE foods, but they spend millions to block grassroots efforts like California’s Prop 37 in order to keep consumers in the dark.”
Continue Reading!!﻿
﻿
Posted by Dee Reyes at 10:32 PM