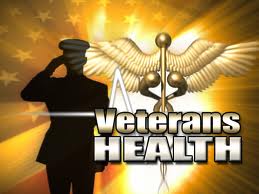 The office opened an investigation at the request of U.S. Sen. Bill Nelson, D-Fla., after a July story about the camera appeared in the Tampa Bay Times. Both the OIG and the U.S. House Committee on Veterans' Affairs are investigating Haley. Neither comment on pending inquiries.

The interview comes as the couple say they continue to face harassment by Haley officials. It began, they say, after they discovered the camera, which they say was secretly installed.

Carnegie, an Air Force veteran, was admitted to a hospital a year ago suffering from high blood sugar. He soon developed a severe infection at that VA facility before being transferred to Haley.

Then, Carnegie suffered severe brain damage after Haley medical personnel failed to keep a feeding tube clear, the family says. The VA said it is unsure what caused cardiac arrest that led to the brain damage.
The family threatened malpractice litigation. Soon after, they said, the camera was installed and the family's every move in the room recorded.

"We are not thugs, gangsters or the mob," the complaint said. "We are a family."

continue learning
Posted by dee at 8:05 AM