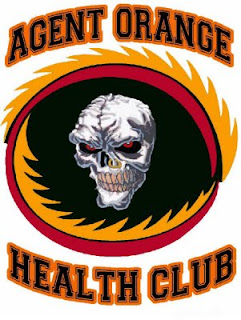 There is no proof that Agent Orange caused Dave's disease, but as disabled vet Pat LaComb argues there is no guarantee that the chemical did not affect sailors serving on vessels nearby surrounding Vietnam.

"I think that anybody who was in Vietnam was exposed. I've seen too many people die. Unfortunately, they die before they get recognized,” said LaComb.

Zielinski says he doesn’t regret his service because he was proud to fight for his country.

“I'm doing this so that other people will be aware of it. There are 250,000 that are not getting help and I feel that they should,” Zielinski said.

Last year, a bill that would have extended benefits to Blue Water Sailors stalled in Congress. Now, a representative with Senator Kirsten Gillibrand’s Office says she hopes to revive the bill (S1629 and HR3612) for another shot this fall.

David Zielinski's son has established a fundraising website for his father's expenses online.

continue learning
Posted by dee at 8:37 AM