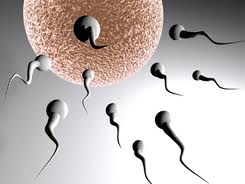 The study, published in the November issue of the journalEnvironmental Health Perspectives, indicates that exposure to TCDD, the most toxic dioxin contained in Agent Orange, may disturb the male endocrine and reproductive systems in several ways.

"Until now, we did not have very good evidence whether or not dioxins affect the human reproductive system," said Dr. Amit Gupta, a urologist at UT Southwestern and the study's lead author. "Now we know that there is a link between dioxins and the human prostate leading us to speculate that dioxins might be decreasing the growth of the prostate in humans like they do in animals." The researchers found that veterans exposed to dioxin had lower incidence rates of benign prostate hyperplasia (BPH), better known as enlarged-prostate disease. BPH is a disease in humans that is caused by an enlargement of the prostate. Patients must strain to pass urine and they also must urinate frequently. BPH can lead to complications such as an inability to urinate and urinary tract infection. Surgery is sometimes needed. Dr. Claus Roehrborn, professor and chairman of urology at UT Southwestern and a study author, said, "We know that dioxin causes many endocrine disturbances in the human body. The study indirectly proves that BPH is an endocrine disorder."

Dioxins are among the most toxic substances known and are thought to be partially responsible for this increase in male reproductive tract disorders. They are formed as byproducts of processes such as incineration, smelting, paper and pulp manufacturing and pesticide and herbicide production. Humans are exposed to these chemicals primarily through consumption of animal fat and dairy products. Babies are exposed to the highest levels of dioxins through breast milk. Dioxins are eliminated extremely slowly from the body and they tend to stay in the body for several years to several decades after exposure.

This paper and journal article is from 2006. Has anything new on TCDD & BPH been published over the last 6 years?