Fort Detrick announced the 17-pound figure in November but was met with criticism from the Kristen Renee Foundation and its supporters, who didn't believe the Army would acknowledge the full extent of the problem. A National Academy of Sciences panel is set to review data suggesting that the Agent Orange tests from decades ago have not led to a cancer cluster, but Kristen Renee Foundation founder Randy White said during a Tuesday news conference that he had no confidence the NAS panel would get to the bottom of the problem.

"I believe the Department of Defense is worse than the Mafia," he said, explaining that the military wasn't likely to allow access to all its documents related to Agent Orange testing. 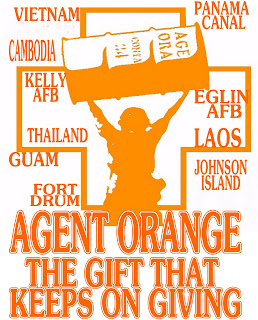