Earthjustice's summary of what has happened to date includes:


* In 2008, the groups sued USDA for deregulating Monsanto's genetically modified sugar beets without complying with the National Environmental Policy Act's requirement of an EIS before deregulating the crop.


* On Aug. 13, 2010, the federal court banned the crop until USDA fully analyzed the impacts of the GE plant on the environment, farmers and the public in an EIS.


* Three weeks later, despite the court's ruling, and without any prior environmental analysis, USDA issued permits to seed growers to again grow the genetically modified sugar beets.


* The groups again sued USDA. On November 30, 2010, the court granted the groups' motion for a preliminary injunction and ordered the seed crop destroyed.


* That order was stayed pending appeal, which is scheduled for argument on Feb. 15, 2011.


USDA's decision on sugar beets follows only by a few days its Jan. 27 decision to fully deregulate GM alfalfa. 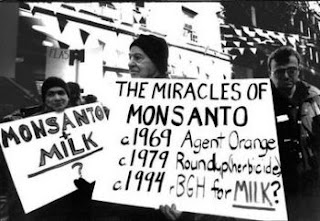