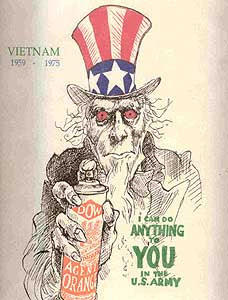 The Department of Defense’s 2006 report, which can be found online, says that from April 1956 to September 1957, some 577 chemicals were screened at Fort Ritchie. The Army was trying to determine which worked best to control and kill vegetation.

The intent of the 2006 report was to compile an official list of locations and dates outside of Vietnam where the DOD used herbicides— including Agent Orange — and locations where DOD personnel could have been exposed to the chemicals.
Posted by dee at 10:24 AM