Dealing with the Agent Orange Legacy in America 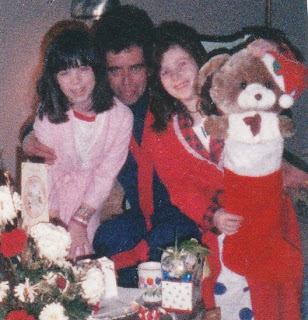 Reuben Perry, our two daughters; Danielle and Lisbeth
VVA Faces of Agent Orange - Sharon Perry
When are we going to deal with the agent orange legacy in America? When? I know my children and grandchildren have been affected by my husband's exposure to agent orange when he served in Vietnam. Although I knew this in my heart. It took his death to compel me forward in order to fight for the rights of my children and grandchildren.
The biggest obstacle in my way was fighting the thought that perhaps, what was happening to our oldest daughter, wasn't real. Especially when you consider the all the years the doctors, school officials, counselors, and other professionals, supposedly helping our daughter, believed her illness was all in her head. That notion gnawed at me more than almost any of the other things combined. All of it ruined our oldest daughter's life. 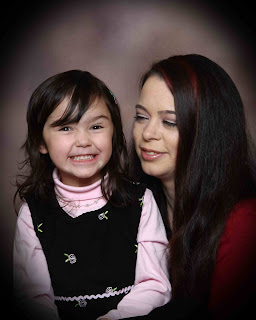 Danielle Reyes, our oldest daughter and her daughter, Carole.
Danielle has been plagued with illness all of her life.

My husband's death, however, was very real. It was his death that rocked my world. I feel as though the proof is in the pudding, the gig is up, the final nail in the coffin has been laid, or any other semblance of cliques one can muster up, sums it up for me.

His death made all of this a reality. It didn't matter what others had to say or have said. They won't change my mind. 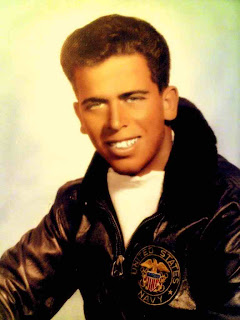 I was 'burned out' and utterly devastated by all the years of suffering caused by my husband's untreated PTSD, survivor's guilt and bitterness toward a country that mistreated him when he came home. Our family life was enveloped in it, yet there was more: including suspicious illnesses which plagued our daughter and my husband - over the years.

Finally, in the last six years of his life, a plethora of illnesses robbed my husband of his independence, his identity and his dignity; right up until his death. 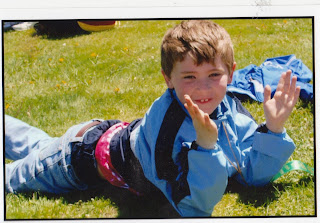 Reuben Perry, our grandson at Junior Special Olympics Event - 2010.
Reuben was diagnosed with autism at age 2.

Our youngest struggled with severe learning problems while growing up. Only to give birth to a son who was diagnosed with autism by age 2. Our grandson's diagnosis lead to his mother's diagnosis of Aspergers at age 26. All of this - is - all to real to be dismissed off hand by those who should be helping us find answers not ignore the problem(s). 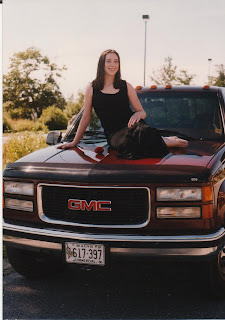 Lisbeth Perry, our youngest daughter diagnosed with Aspergers.
Lisbeth is also plagued with many other undiagnosed health problems.
What will it take for the families of Vietnam veterans, their children and grandchildren to come forward? I don't know but what I do know is that our suffering has been ignored. If we don't do something about it we will continue to be ignored.

Take the risk. Tell us how agent orange has affected your life!! If you are the child or grandchild of a Vietnam veteran exposed to agent orange; Then you have a story to tell.

Be sure to visit Heather Morris Bowser's website: Agent Orange Second Generation Victim and member of Agent Orange Legacy to read her story!! Heather has been very active and vocal about her own life and struggle as an American agent orange victim.

Agent Orange leaves its mark on the life of Heather Bowser: Unfinished Business

Join our support community and get started today.

Follow our blog to get the latest agent orange news and related topics.

My father is a Vietnam Vet who was exposed to AO. My son was diagnosed with autism at 2 1/2 years old. I was recently diagnosed with aspergers syndrome. My son and I both have immunity problems and severely restricted diets due to digestive problems. Do I blame AO? I cannot say, but there certainly appears to be links between exposure and these types of problems. I'd love to see some clinical research in this area.