The archived records show that the Chemical Warfare Service at Fort Detrick in 1944 gave the plant Research Branch “the mission of developing chemical agents to destroy or reduce the value of crops.” This mission led to the creation of a slew of chemicals in the Agent Orange family.

Tests were done in plots of 6 by 18 feet, with the chemicals being applied through handheld sprayers. Light metal frames with wind-resistant cloth was placed between each plot to keep the chemicals from spreading and ruining the experiments — which also means the chemicals didn’t blow far off Army grounds, the report says.

Greenhouse tests of Agent Orange between August 1961 and June 1963 are outlined in a classified report, the preliminary report says, so details about those tests have not been made available yet.

The U.S. Department of Veterans Affairs has acknowledged the tests as a cause of health problems for veterans who served at Fort Detrick at the time and is currently paying disability claims for that exposure. 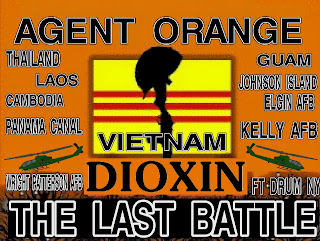